Educator Andrew Kern: The Classics Ignite Our Desire to Learn, to Honor Others

“Triumphant Achilles,” from a panoramic fresco on the upper level of the main hall of the Achilleion in Gastouri, Corfu. Achilles is dragging Hector's lifeless body in front of the Gates of Troy. Andrew Kern considers Homer, who told Achilles's story, to be the source of Western civilization. (Public domain)

Not everyone likes school, but everyone loves to learn. “Star Wars” fans light up when they learn something new about the franchise’s movies or actors. Football fans dote on the statistics of their team’s players, and foodies follow their favorite chefs to glean a new recipe or technique.

Educator Andrew Kern explained that not only does everyone love to learn, but everyone also admires those who excel. Teens into alternative rock prefer the virtuosic guitarist to a mediocre one, and each generation has a Michael Jordan in one sport or another whose prowess is awe-inspiring. We revere greatness.

We watch in awe at nature’s wonders and we compete for that same kind of sublime glory. 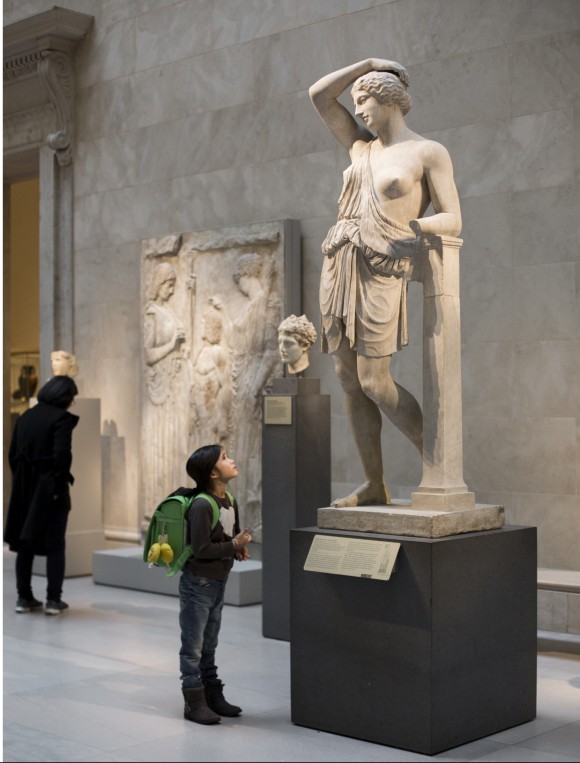 A girl looks at a statue at the Metropolitan Museum of Art in New York City on Dec. 29, 2016. (Samira Bouaou/Epoch Times)

For Kern, the classics, especially literature, tap into this deep impulse to learn, to appreciate, and to aspire to what is greater than we are. This impulse was well understood in ancient times and was a cornerstone for Western classical education.

To explain, Kern shared the noteworthy classic text “On the Sublime,” attributed to Longinus, a Roman-era Greek writer. Longinus wrote that humans, nobly fashioned, have been called by Nature “into life, into the whole universe, there to be spectators of all that she has made and eager competitors for honor; and therefore from the first breathed into our hearts an unconquerable passion for whatever is great and more divine than ourselves.”

We watch in awe at nature’s wonders and we compete for that same kind of sublime glory.

Achieving greatness, in the ancient world, extended beyond the idea of competing for one’s own honor, to the idea of honor as having noble character and as a means to honor others as well, in a moral sense. Ideally, we would try to outdo each other in authentic honesty, in kindness, in tolerance, and in respect.

As such, the twin aims of classical education were virtue and wisdom.  Plutarch’s “Lives,” taught into the 19th century, presented histories of noble Greeks and Romans, such as Caesar and Alexander, who were meant to be exemplars of these attributes.

In the 20th and 21st centuries, Kern says, we have turned away from these aims of the classics.

In the novel “To Kill a Mockingbird,” when Scout Finch comes home from school in tears because her first grade teacher won’t let her read anymore, author Harper Lee was poking fun at progressive education, popularized in the ’30s and ’40s, Kern said.

Before this time, educators had fostered in children the aim to be good leaders or good citizens, but the pragmatic ideas of educational reformer John Dewey aimed to mold people into economic units whose labors would serve society.

This utilitarian approach to education had immediate effects. Teachers remarked that students were losing their ability to focus, Kern said. “So the inability to focus isn’t just a recent phenomenon.” At this point, “education fell off a cliff,” he said, and its deterioration proceeded rapidly.

Today, the state of American education can be deduced from looking at the institutionalization over the last 30 years of standardized college entrance exams.  What they breed in students is certainly not a love of learning. 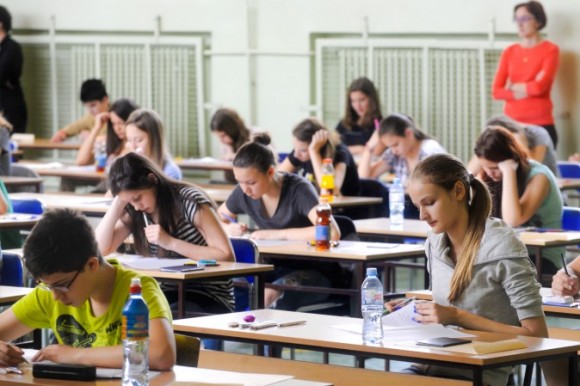 In fact, the effect has been the opposite. “If there is one thing the American education system has done thoroughly, has done flawlessly, [it] is to teach anxiety,” Kern said.

Mass assessment isn’t even a good indicator of competence, he said. When the SAT still had its now-defunct writing component, test reviewers had explicit instructions to give no more than 30 seconds to assessing each essay.

“It’s the kind of thing that someone who knows nothing about education would create,” said Kern of the whole testing system.

Progressive education does not feed our hunger for betterment; it doesn’t reach the soul. “We end up teaching only one-third of the child, and that’s disrespectful to a child, and it’s certainly unloving.”

Kern, founder and president of the Circe Institute, a research and consulting service for classical educators, wrote “The Lost Tools of Writing” program and co-wrote the best-selling book “Classical Education: The Movement Sweeping America.”

Founding and teaching at three classics-oriented schools himself, Kern has seen what classical education can do. It develops passion, discipline, and commitment in students. Former pupils have come back to tell him that college was easier than his high school classes, but also less enjoyable. He noted that several of his previous students, including his daughter, have gone on to Oxford University for undergraduate or graduate studies, for example.

If the goal of a classical education is to teach us that humanity is capable of the sublime and then to give it due honor, the method to achieve this aim is “to give kids eyes to see.” 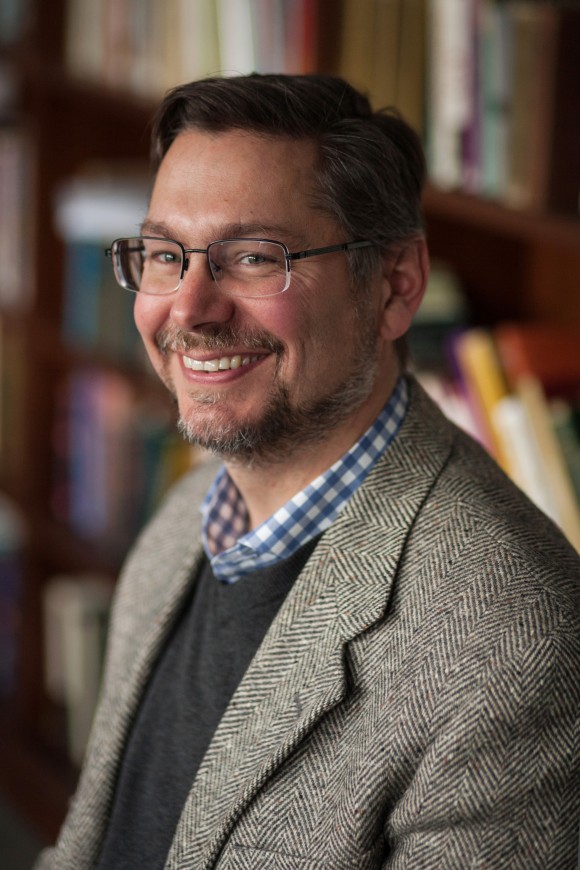 Unless we have the eyes for a subject, he said, and know what to look for, what is involved in its making, we can’t comprehend greatness. Kern never gave much thought to ballet, for instance, until his daughter studied it and he saw firsthand the pain she endured; then he understood the diligence required to master the art. His eyes had opened.

“Teaching math is not just for use as a pragmatic tool, but it gives eye to the mind. It’s a different way of understanding the world,” Kern said.

A teacher opens the mind’s eye by providing a frame of reference that allows students to appreciate a subject. An introduction to classic literature, such as Shakespeare’s plays, may allow students to see the world in a totally new, possibly intoxicating way. Once acquainted with Shakespeare, they might see language anew.

Introduced to the ultimate classic, Homer’s “Iliad,” they may see traces of issues we grapple with today.

Once the mind has been expanded in this way, learning is exciting, and the fire is lit.

One reason progressive education fails to entice learners is that it emphasizes analysis. It dissects and breaks things apart, and cuts issues into pieces to examine their structure and how they fit together. “It kills and forces you to look from the outside only,” Kern said.

A classical approach emphasizes analogous thinking, which literature—fiction or non-fiction—amply provides. First, analogous thinking allows the reader to enter the world the writer creates rather than standing outside it, and secondly, it instructs by comparison.

Plutarch’s “Lives,” for example, offers pictures of what it is to live a good life, and in seeing how great men have handled moral issues, readers can compare and consider: Should Brutus have killed Caesar? Was Achilles overreacting to his superiors?

This approach allows us to question ourselves. We put ourselves in the protagonist’s place and wonder, “What would I do in that kind of situation?”

“You think about what works and what doesn’t” and begin to make wiser decisions, Kern said.

The justification for teaching the classics is simple, he said. When we recognize the greatness of the human soul, there is no need to worry about teaching students to find their economic place, become leaders, or improve their mental health, because these results will naturally follow.

But if the starting point is a different aim, one other than the development of the soul, the soul cannot be reached. To be truly and fully human, the intuitive, the rational, and the passionate will all be touched by a well, a resource so deep that it flows through both the rational and irrational sides of us.

And once we have learned to see ourselves as honorable beings, we naturally want others to do so. It becomes our moral obligation, our spiritual need, to help others see it.

Thus, by teaching the classics, we light a fire for learning and for helping others to embody honor. This is an education better for the students, and therefore better for us all.