One of Michelangelo’s Poems

'On the Brink of Death'

Michelangelo’s tomb in the Basilica of Santa Croce, in Florence, Italy. (Rico Heil)

On the Brink of Death

Now hath my life across a stormy sea Like a frail bark reached that wide port where all Are bidden, ere the final reckoning fall Of good and evil for eternity. Now know I well how that fond phantasy Which made my soul the worshipper and thrall Of earthly art, is vain; how criminal Is that which all men seek unwillingly. Those amorous thoughts which were so lightly dressed, What are they when the double death is nigh? The one I know for sure, the other dread. Painting nor sculpture now can lull to rest My soul that turns to His great love on high, Whose arms to clasp us on the cross were spread.

(Translated into English in 1878 by John Addington Symonds.)

Paintings, sculptures, and architecture may first come to mind when we think of Michelangelo Buonarroti (1475–1564), but he was also an avid poet. Some 300 of his poems have been preserved, of which 75 are sonnets.

In this sonnet to Giorgio Vasari, written in 1554, Michelangelo likens his life to a sailing ship, a “frail bark,” having crossed the “stormy sea,” of his life’s trials and tribulations; he awaits his inevitable last judgment.

Michelangelo reflects on earthly pursuits, his being “earthly art,” and the power these have over us. At the end of life, he decides they are in vain. Perhaps, he means they are self-centered or pointless. Certainly, sentimental notions are fleeting, “lightly dressed,” for “what are they when the double death is nigh?”

He knows there is no option but to surrender to a higher purpose, the divine, as no earthly creation—his or God’s—can set his soul to rest. 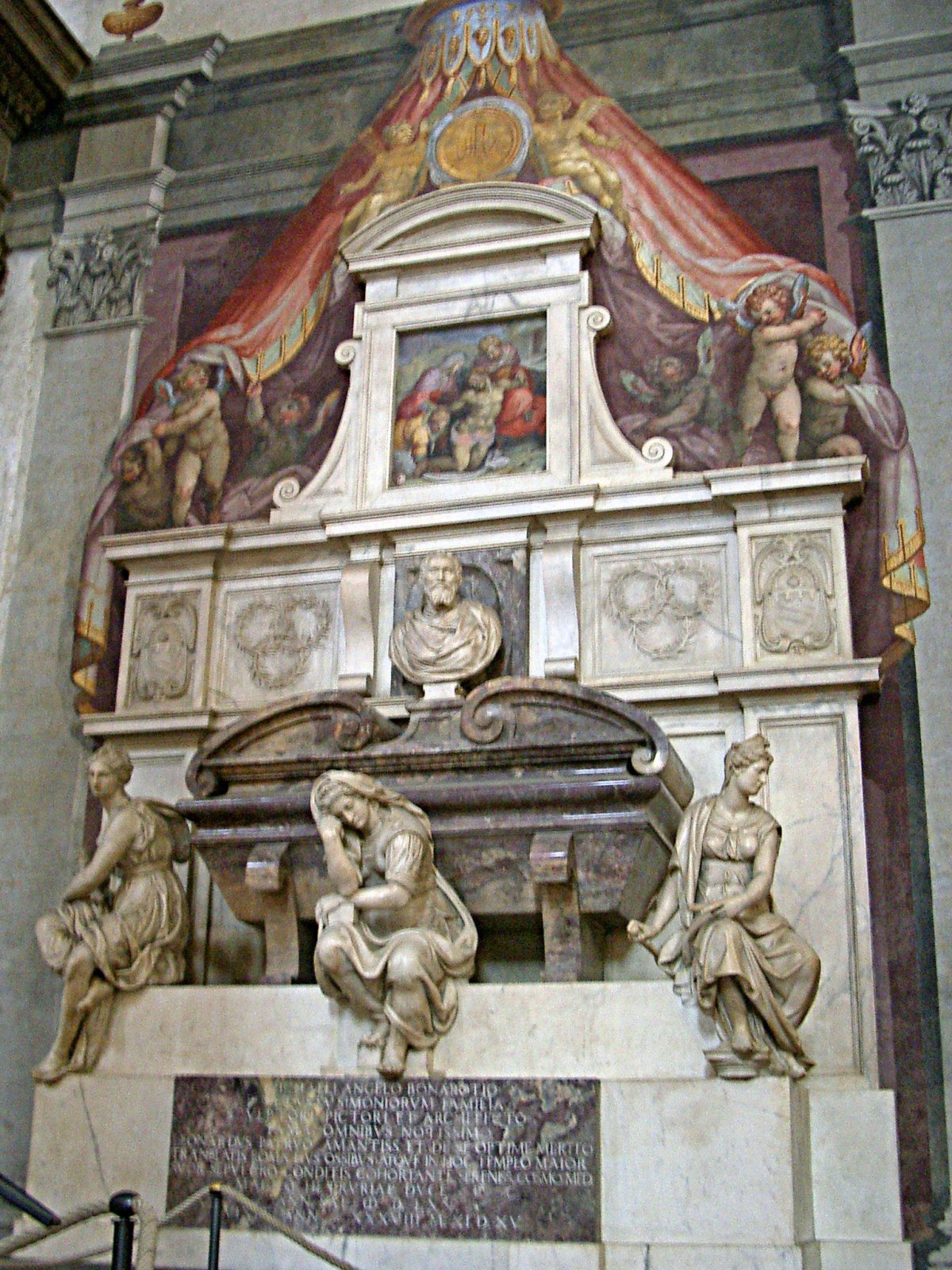 Michelangelo’s tomb in the Basilica of Santa Croce, in Florence, Italy. (Rico Heil)