“You see [realistic art] and can grasp it, unlike art that you need to study in order to understand, or art that you force yourself to like. It’s the most logical form of fine art,” he said on Aug. 18.

“When you look at a Rembrandt painting, it makes sense. That’s what I mean by logic. Everything is right, is correct,” he said. There may be a story behind the painting—why it was painted, and what the artist was going through in his or her life at the time. But that background information isn’t necessary to enjoy the painting. 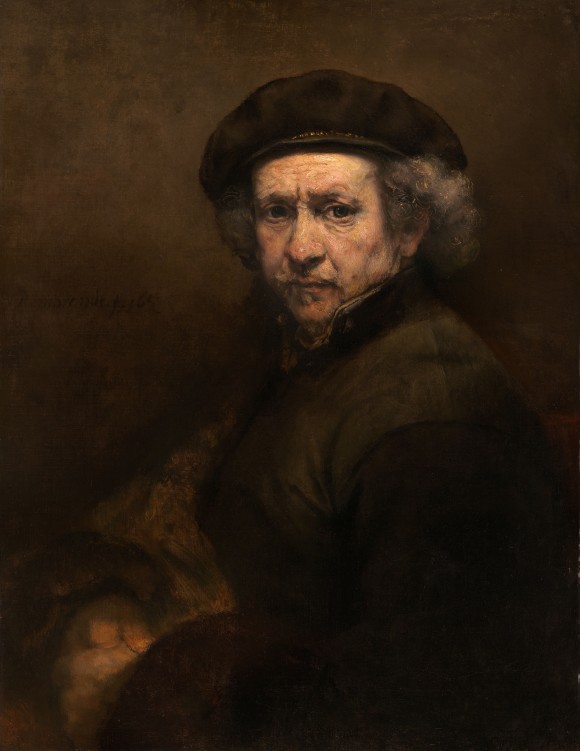 This is not art that you are supposed to like; this is art that you simply like. We can get a grasp of this kind of visual art automatically. It’s universal, transcending barriers of language, age, and education, he believes.

Ceffalio likes to tell a story about when he and his wife visited the National Gallery of Art in Washington. In one particular room, all of the paintings were about the same size, so none of them really stood out from the others. Yet as he glanced around, one painting was clearly better than the rest.

“I turned to my wife and asked her which painting she thought was the best. In one minute, she picked the same painting,” he said. She had no art education, but she could still spot the masterwork by John Singer Sargent. The painter is not considered a classicist, but he was classically trained in Paris. 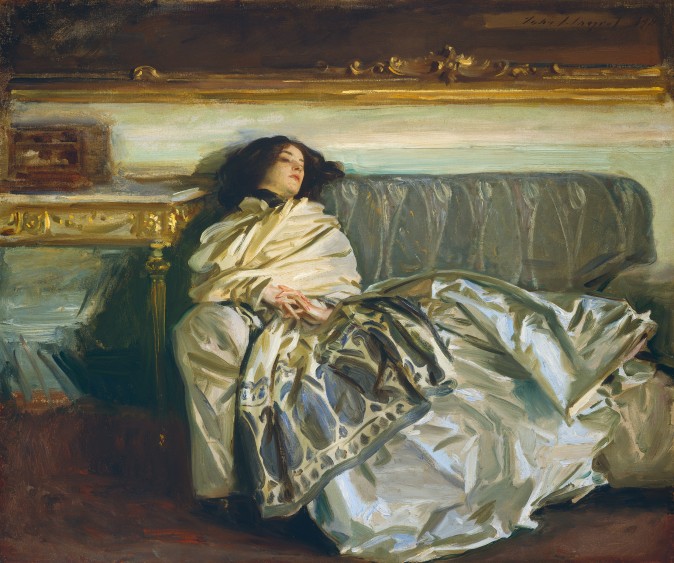 Learning How to Paint

Although viewing realistic art may not require education, learning to create it certainly does.

The masters relied on a long heritage of training in drawing and painting, and knowledge of perspective and color theory, among other tools. With so much to learn, new students can find it frustrating, at first.

After these basics are learned, there is still more, like mastering the subtleties of how to achieve depth and atmosphere in a work—sometimes an overlooked technique. By atmosphere, Ceffalio means both the character of the piece and the scene depicted. “You can see the air quality in a Rembrandt painting,” he said. 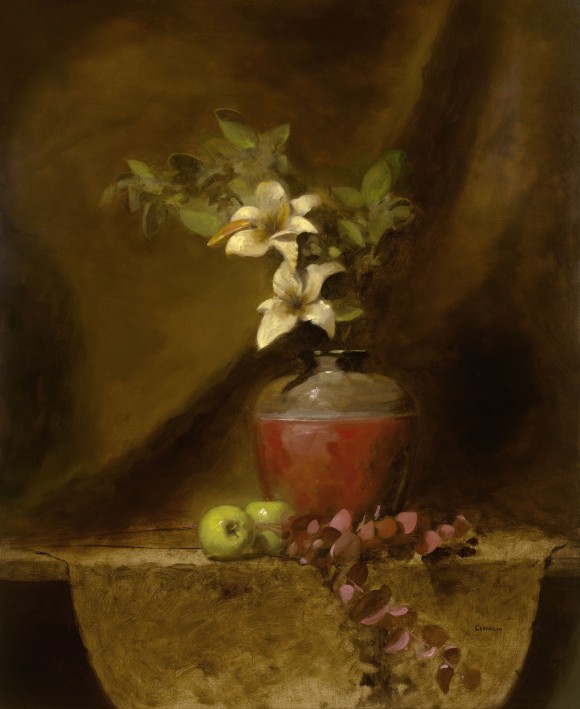 Ceffalio creates a certain quality of air in his own paintings by bringing colors in the foreground into the background. In his painting “Lilies in Red Vase,” for example, he incorporated the color raw umber throughout the painting.

In addition, one must find the qualities that make up one’s own voice. The hallmarks of Ceffalio’s work, as stated on his website, are “good design, originality, luminosity, and intensity of color.”

A Resurgence of Traditional Painting

Ceffalio is always surprised that his students who’ve graduated from art schools learn very little about the visual language employed in realistic painting—a tradition carried on from the Renaissance and Dutch masters until the late 19th century. These techniques were pushed aside with the rise of the impressionists and the modernists, and they are no longer taught at major art institutes.

He’s had some students claim they learn more about how to draw or paint in one day with him than they did in their whole art school education. Some have never even heard of these methods before. Art institutions only teach students how to find a niche, how to be different, and how to have a gimmick.

“They consider art [to be] fashion,” he said.

Yet despite the fact that these techniques are rarely taught, some people have always been drawn to them. Although interested in art since his youth, Ceffalio went into the commercial sign business as an adult and only indulged his passion for fine art as a hobby by following local art events and keeping up with art magazines. 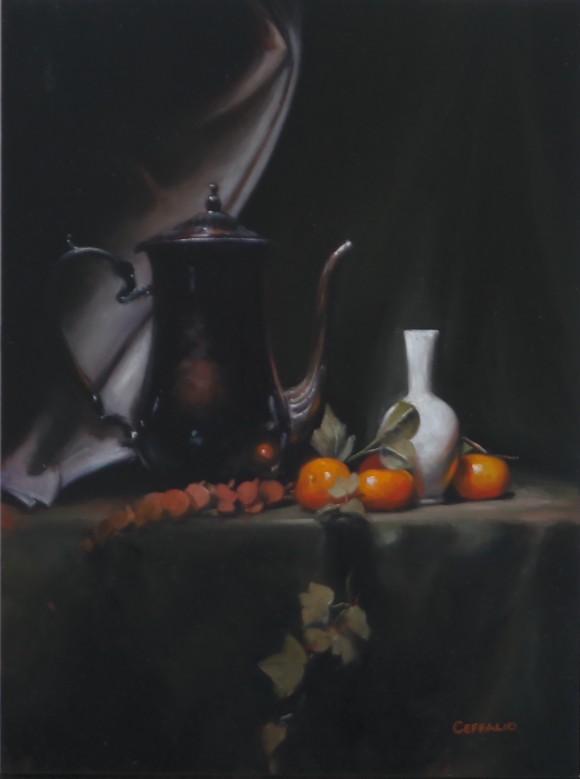 When he was 40, he did what he had always ached to do: make the leap and change careers. In 2004, he joined a local art league in Illinois and started arduously pursuing the craft. Then in 2006, when he was flipping through an issue of “The Artist’s Magazine,” he came across images of paintings, which, due to their depth, made him pause. “I want to paint like that,” he thought.

The paintings, by artist David Leffel, led Ceffalio to investigate where Leffel taught, and he soon enrolled at the Palette and Chisel Academy of Arts in Chicago, one of the few institutions of traditional fine art that have carried on the tradition. It was established in 1895.

Ceffalio is not alone in wanting to pursue this kind of art. In the last 15 to 20 years, new ateliers have opened in New York, Florence, and even in the Chicago area, like the Ravenswood Atelier on Chicago’s north side.

Magazines have sprung up, too. Fine Art Connoisseur started about a decade ago. Its predecessor, PleinAir Magazine, reopened in 2011 under its original name and now focuses on two landscape art publications, one for artists and another for collectors. Organizations like the Figurative Art Convention and Expo and the Portrait Society of America hold regular conferences.

It’s hard to pinpoint why realistic art is having a resurgence, but Ceffalio is convinced this art makes lives better. 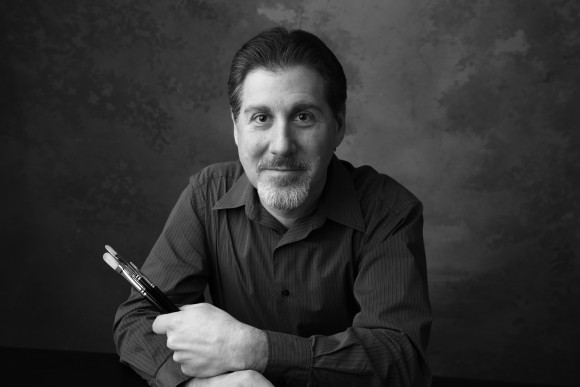 Personally, it’s very satisfying for him to paint in this way. The act of painting “takes you to a different place,” he said.  He gets music going, and then he is completely absorbed in the work—solving problems and figuring out how to achieve the effects he wants. Painting takes him away from the mundane.

Although he knew that following his dream to become a painter would be personally fulfilling, he never imagined how his painting would also affect others’ lives. Yet he’s been told by others, “‘I look at your painting when I have coffee every day,'” and “‘I had to move your painting because I wasn’t seeing it as often as I liked.'” Others have said his paintings have a peaceful quality to them. 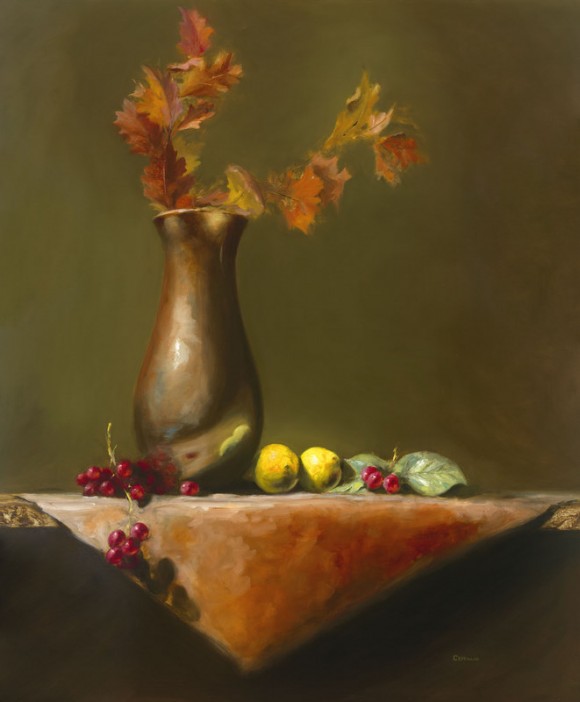 He doesn’t specifically know why people are drawn toward his work, but “one reason I know for sure is, they all like classic realism.”

George Ceffalio will be showing his work at the Glen Ellyn Festival of the Arts in Glen Ellyn, Illlinois, on Aug. 27; at the 2017 Riverwalk Fine Art Fair in Naperville, Illinois, on Sept. 16 & 17; and at the James Court Art Show in Louisville, Kentucky, on Oct. 6, 7, & 8. His website is Ceffalio.com

In our series “The Classics: Looking Back, Looking Forward,” practitioners involved in the classical arts tell us why they think the texts, forms, and methods of the classics are worth keeping and why they continue to look to the past for that which inspires and speaks to us. For the full series, see ept.ms/LookingAtClassics