Pianist David Dubal: The Classics Are a Balm for Our Spiritual Wounds

Author, radio host, pianist, and arguably the nation’s foremost expert on 20th-century pianists David Dubal had spent the morning practicing a masterpiece. He worked on Edvard Grieg’s “Ballade in the Form of Variations on a Norwegian Folksong,” a piece he has practiced for years—but any effort to bring a great master’s work to life is worth it, he says.

Dubal is a passionate advocate for the classics, which are more important now than ever. “What, other than the classics, can we turn to so as not to fall into despair?” Dubal said on Nov. 28.

The classics are works imbued with the deepest and most profound meaning. They epitomize for humanity what the term “Homo sapiens”—knowing man or wise man—implies, he believes.

Beethoven, often called the universal composer, is considered by many to have achieved the apex of the endeavor to create sublime meaning. He, among others, created “the greatest of intellectual acts, taking sound, an abstraction without words, and giving it meaning,” he said.

A Rembrandt painting can lead us to self-knowledge, a knowledge once esteemed as our highest virtue. As the scholar Kenneth Clark said of the self-portraits by Rembrandt, “Through him, we commune with our own kind, in a way we would never have done without his penetrating eye.”

For Dubal, the classics can restore us to our full humanity, our sensitivity, and our aesthetic sensibility, because the term Homo sapiens no longer defines us. 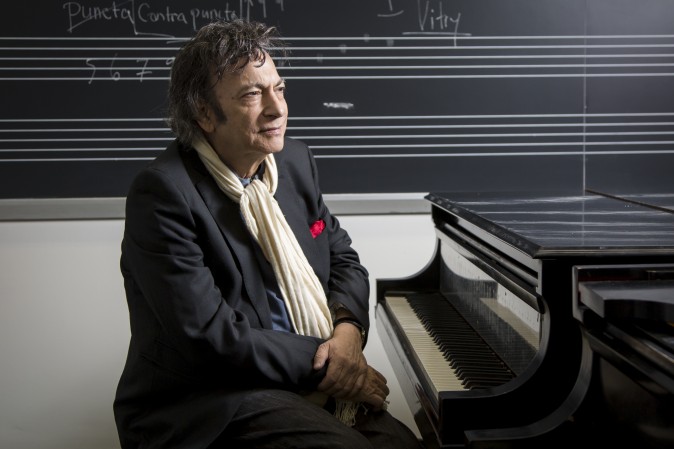 To be fully human is to be deeply connected to one another as well as to the fruits of our labor. Until the 19th century, everyone was a craftsman, Dubal explained. People took pride in doing their jobs well and living their lives well, too.

Over time, with each successive mechanical invention, humankind moved away from our once intimate connection to others and to work. With the invention of the automobile assembly line, for example, the industry’s workers lost the sense of satisfaction from a job well done and the knowledge of how to make a whole product.

Dubal spells out the terrifying consequences that can result from our separation from our work: “Did those pilots who carried the A-bomb understand the physics of the bomb they carried? Did they know the kind of destruction they would unleash? No.”

The pilots were isolated from the effects of their actions: by pushing a button, which opened a door and dropped a bomb, they vaporized the city of Hiroshima and tens of thousands of lives in only seconds.

At the same time that we became separated from our work, our connections to each other unraveled. Our dependence on the automobile, to continue the example, grew until it not only left the world polluted, but led us to move away and live apart from those we had always known, until we had lost our dependence on each other, fraying our sense of family and community.

The isolation has become complete, Dubal believes, in our supposedly connected world today. “It is not social media; it is anti-social media,” he said. The feeling that we can reach out at any time has replaced deep and authentic connecting. 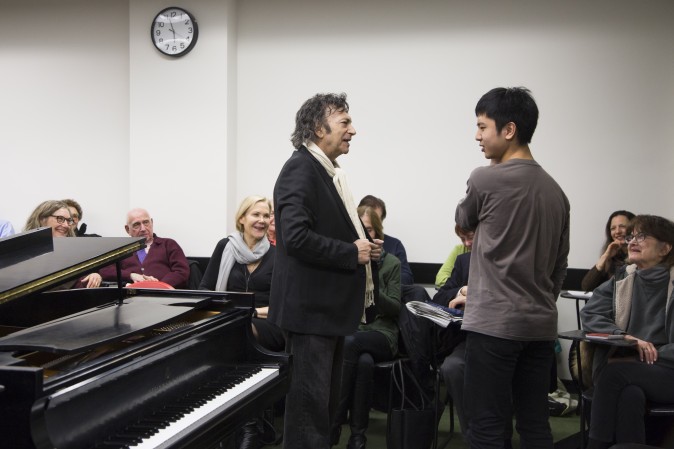 David Dubal during class at Juilliard School where he teaches in New York City on Jan. 24, 2017. (Samira Bouaou/Epoch Times)

“No one writes letters anymore. Letters allowed us the solitude to think deeply about what we wanted to say. Children don’t even learn how to write in cursive anymore, whereas once handwriting was a beautiful craft,” he said.

“Now machines—the internet, the iPhone—have mastered us, and we have become slaves to them—addicted.”

Loss of the Aesthetic Sensibility

In 1980, Dubal won a George Foster Peabody Award for excellence in broadcasting for his series “Conversations With Horowitz,” and in 1994, he won an Emmy for his documentary “The Golden Age of the Piano.”

He still hosts the radio program “Reflections From the Keyboard: The Piano in Comparative Performance,” for the only full-time classical radio station in New York, WQXR.

As his successful radio career indicates, Dubal has relied on radio and other forms of technology to educate listeners about the “deeply humane art of music.” But he refrains from using technology when possible.

His books, including “The Essential Canon of Classical Music,” “The Art of the Piano,” “Reflections From the Keyboard,” and “Evenings With Horowitz,” were written by hand because he never learned to type—by choice.

“I write with a pencil and paper so that I can think and so that I can feel the words,” he said in an interview with DC Metro Theater Arts. 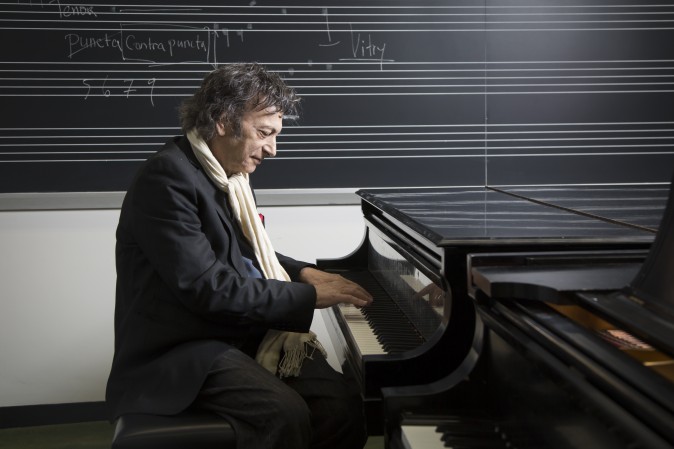 Dubal believes that with each new machine, humanity’s values move ever more toward speed, convenience, and leisure; and, correspondingly, we lose more and more of our aesthetic sense.

For example, the LP record has made billions for Columbia Records since it was introduced back in the late ’40s. For most people, these pieces of plastic replaced making music oneself or listening to live performances by others. And it also brought into our homes entertainers rather than artists.

Initially, some of these entertainers were brilliant—Cole Porter, Billy Eckstine—but over time the quality of performers and composers diminished. Now the entertainment industry has rebranded entertainers as artists and “the skills of thousands of years have been replaced by tricks of amplification with no meaning to their structure at all,” Dubal said.

We should become amateurs again, who perform a skill out of love.

At this point, speaking generally about popular music, he believes that much of it is dreadful. It is “word music,” he said, because the musical aspect of it is an afterthought. While entertainers have been raised to a privileged position, true artists have been cast down. “I have witnessed in the young actual hatred for Beethoven. Even mentioning the word Beethoven can bring a look of revulsion to faces. Those who care about this kind of music must not show it,” he said.

Dubal quotes Confucius in saying, “To know whether a people are well governed, if its laws are good or bad, examine the music it practices.” This, he says, is a chilling indictment of our culture.

A Return to Aesthetics

Fortunately, the arts from the masters—whether music, art, or literature—survive and are so accessible to us.

We are still here, after all, and we can do things differently: We can listen to Chopin’s Piano Concerto No. 2, a composition so gorgeous that every measure can make one weep. “We can read, write a novel, learn how to draw,” he said. “We can buy a used piano, start to play a little Bach invention, do something skillful that takes time to master, and return to the idea of a craftsman. People feel so good about what they make.”

That is, we should become amateurs again, who perform a skill out of love. By practicing an art form, we come to know what we were born for, because immersion in the classics allows us to rise above the noise of the city and the constant diet of materialism.

“Look at the stars, go to the opera, ballet. If we were to do these things, how quickly things would become wonderful,” he said.

“I have never seen human beings more uplifted than those who give themselves to the appreciation of great art. To let that art wash over them, it will become a balm on their sad spiritual wounds.” 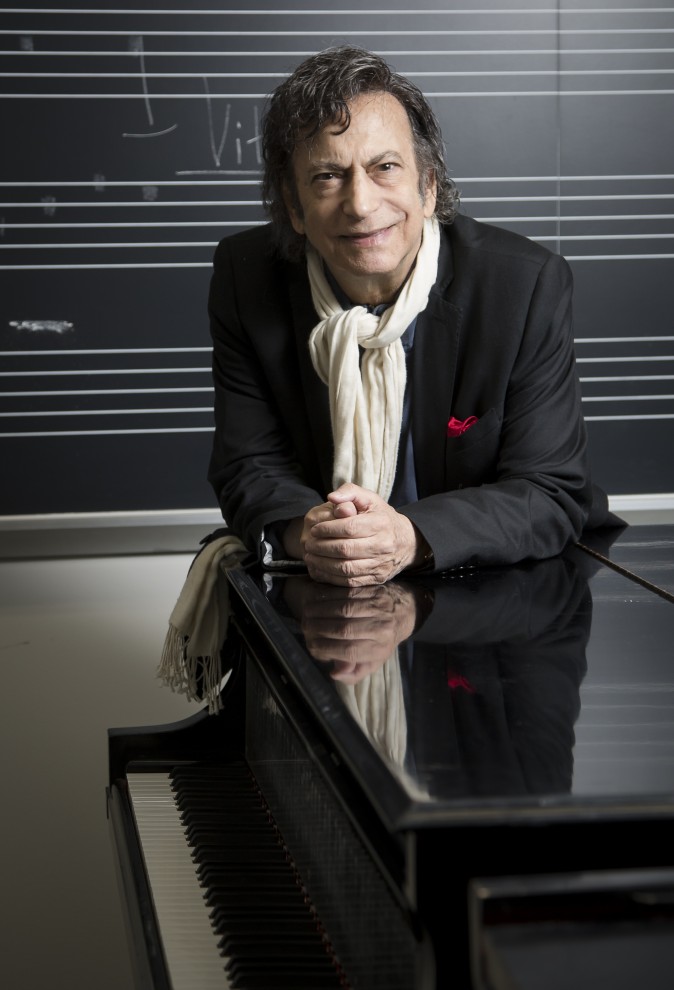