An Interview with Kara Lysandra Ross of the Art Renewal Center

The award ceremony panel: (L–R) Tenaya Sims, the best in show winner; Daniel Graves, a judge for the ARC; Kara Ross, the chief operating officer of the ARC; José Infiesta, the director of MEAM, and Susan Tintori, the executive director of the Florence Academy of Art. (European Museum of Modern Art)

The Art Renewal Center (ARC) is dedicated to promoting realistic art. Its salon exhibition, which exhibited at the Salmagundi Club in New York this past May, recently opened at the Museu Europeu d’Art Modern (MEAM) in Barcelona, Spain, where it held the official award ceremony with great success. Over 500 visitors attended the opening event on Sept. 22, which opened alongside the Figurativas 2017 exhibition.

In addition to the 85 works on exhibit in coordination with the 12th International ARC Salon, there are 91 on exhibit from the Figurativas 2017 contest, for a combined 176 works representing the disciplines of painting, drawing, and sculpture.

The Epoch Times spoke with Kara Lysandra Ross, co-founder and chief operating officer of the Art Renewal Center, after the MEAM opening.

The ARC exhibit at the MEAM Museum in Barcelona, Spain. (Art Renewal Center)

The Epoch Times: Why do you consider realistic art important?

Kara Lysandra Ross: Realism in the visual arts is something inherent to human existence. From the earliest beginnings of humanity, our species has had an innate desire to depict the world around us and express what it is to be human through realistic imagery. From the first cave man drawings, to ancient Rome and the High Renaissance, and all the way through to the 19th century, realism thrived, until the onset of modernism and its ideology almost destroyed the accumulated knowledge of thousands of years of how to produce realist works of art. 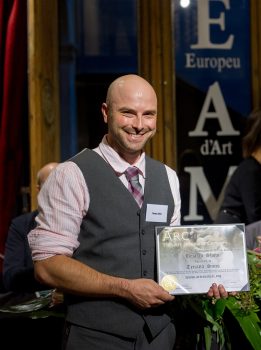 The Epoch Times: How has realism managed to survive?

Ms. Ross: For the past hundred years, seemingly against all odds, a small, dedicated group of realist artists preserved this knowledge and continued, through a teacher-to-student lineage, to ensure its preservation.

Since 1980, that number slowly increased, doubling by 2001. And in the past 17 years, there has been an exponential growth and [revived] appreciation of realism in the visual arts.

Clearly, a powerful desire has been re-awakened among artists to acquire these highly developed skills in order to create relevant, realist-based subject matter for today. As a result, realism is one of the fastest-growing movements in the 21st century.

The entries to both competitions combined were over 5,500 works from over 90 countries and over 3,000 artists. The show will remain on view until Nov. 26. 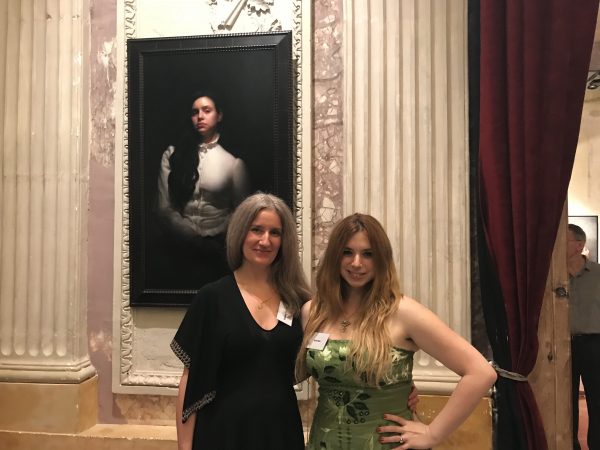 The Epoch Times: What was the focus of this event?

Ms. Ross: The focus, of course, was to honor the winners of the competition and the exhibiting artists in the show for their outstanding achievements in the visual arts. However, the focus of my speech during the ARC Award Ceremony was on the importance of art in society, something that for the most part is underestimated. It is as possible to destroy a society by stripping away its art and culture as it is to do so with conventional weapons.

This is why in the 1960s, with the rise of Chairman Mao in China and the Cultural Revolution, all books on traditional Chinese culture and art were banned, and the paintings and art objects themselves were destroyed. Realist art and literature have the ability to communicate, shaping beliefs and therefore societies, which is why many governments view the arts as something that needs to be controlled.

Nothing says more about a culture than the art it idolizes. It represents what it values, what it thinks about, and essentially what it deems worth remembering. Art is the representation of a people, encapsulating its essence on every level. By attacking the art of a culture, you attack the culture itself.

China is not the only country that banned art for this purpose. It has been said that the English banned the Scottish bagpipes in the 1700s as a way of attacking their heritage. During World War II, the Polish press was liquidated, the libraries and bookshops were burned, and their paintings and sculptures were destroyed by the Nazis. And we are told over and over again that many other countries view the spread of American art and culture, such as film, painting, and music, as both a threat and an attack on their beliefs and society. Art has indeed a power of its own; otherwise it would not be viewed as such a threat.

In an article published in the New English Review a few years ago, titled “The Tyranny of Artistic Modernism,” Mark Anthony Signorelli writes, “Nothing is so important to the spiritual and mental flourishing of a people as its art. The stories they tell, the buildings they inhabit, the public spaces in which they gather, the songs they sing, the fashioned images they gaze upon—these things shape their souls more permanently and effectively than anything else. We live in a time when the art all around us accustoms men to, and insinuates into their souls, the most erroneous and degrading ideas imaginable about themselves and their world. A humane society can hardly be expected to grow out of such an adverse cultural environment.” 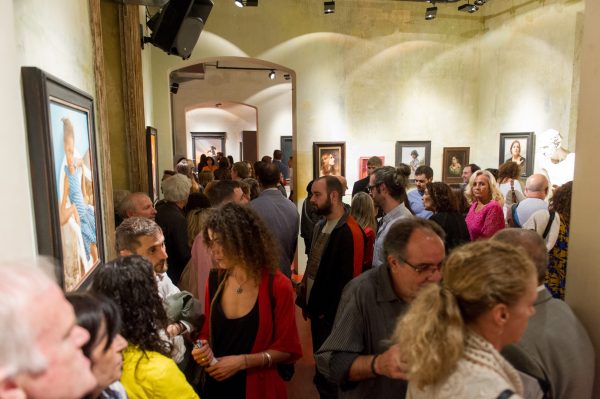 The crowd at the MEAM in Barcelona, Spain, at the opening of the ARC Salon Exhibition. (European Museum of Modern Art)

The Epoch Times: Can art also be used for positive change?

Ms. Ross: Yes, on a more uplifting note, there are also many examples of how the creation of art has positively impacted societies. Rembrandt is considered to have changed the way the world viewed depictions of Jesus Christ when, in the mid-1600s, he painted eight heads of Christ with a non-Western European look that sent the religious world spinning.

Upton Sinclair’s “The Jungle” played a role in improving working conditions in factories; Elizabeth Thompson’s battle paintings spurred military reform; “Uncle Tom’s Cabin” helped bring about an end to slavery; and the writings of Charles Dickens and his painter and sculptor counterparts, such as Augustus Mulready, J.G. Brown, and William Bouguereau, helped bring about awareness of the need to help the poor, to name a few.

The Art Renewal Center upholds the idea that artists play one of the most important roles in our society. They can reshape our world into a better place, where once again freedom of thought and real communication can be disseminated through art and the universal language of realism. With diligence and effort, a picture is once again worth a thousand words, versus needing a thousand words to explain it. Realist artists are pushing against the current and rescuing our heritage from those who have wished to destroy it.

The Art Renewal Center is currently accepting entries to the 13th International ARC Salon Competition, whose traveling exhibition will once again open at the Salmagundi Club in New York on Sept. 21, 2018, before traveling on to additional venues. The most prestigious realist art competition in the Americas and perhaps the world, the International ARC Salon offers over $100,000 in cash awards and international recognition through its partnerships with prestigious magazines, galleries, and museum exhibitions. Entries are being accepted now through Nov. 15. For more information, visit the ARC Salon entry pages.