Orpheus and Eurydice: The Myth That Explains Myths

One man's journey to find his soul

“Orpheus in Hades Asking for Eurydice,” 1763, by Jean Restout. (Louvre)

The journey of the soul. Ah! Our soul. That is a story that has fascinated us from the beginning. We have many myths and legends that describe a hero’s journey into the underworld where souls reside. Today, of course, the word “soul” is unfashionable, except perhaps when we use it descriptively to denote something called “soul music.” But even here, we get a sense of its true meaning: Soul music is authentic music, music from the real depths within human beings, music that moves us because it lacks the falseness of the intellect but vibrates at a primary, emotional level of our being. Indeed, the word we use for soul now is “self,” our real self. So the journey to find the soul is the way to find our self. One of the very greatest of all these stories is that of Orpheus. 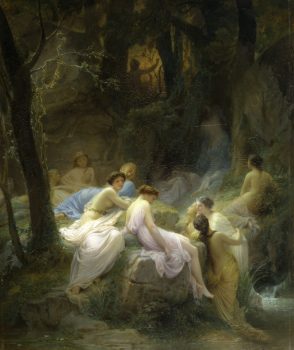 Orpheus’s music was so beautiful it could enchant nymphs. “Nymphs Listening to the Songs of Orpheus,” 1853, by Charles Jalabert. (Public Domain)

Orpheus and His Soul

Orpheus (meaning “darkness” or “fatherless,” so an “orphan”) is a poet and singer, and son of the god Apollo, the god of light, poetry, and healing. Orpheus’s wife, Eurydice (meaning “deep justice”), whom he dearly loves, is bitten by a snake and dies. Grief-stricken, Orpheus, whose words and music can move even rocks and stones, decides to venture into hell, where the dead are, and entreat Hades, the god of the dead, to release her back into the realm of the living. 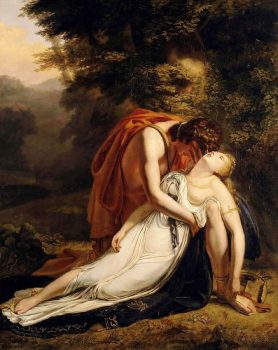 On the wedding day of Orpheus and Eurydice, the bride is bitten by a snake and dies. “Orpheus Mourning the Death of Eurydice,” 1814, by Ary Scheffer. (Public Domain)

But two things need observing at this point: first, that Eurydice dies via a snakebite. Why a snake? What does a snake—or serpent—remind us of? Yes, the Garden of Eden, another myth. Snakes are symbols of knowledge or wisdom—but not in a positive sense, as we’ve come to understand it. We murder to dissect and obtain knowledge, as Wordsworth said, and the Tree of Knowledge destroys us; it deceives us into thinking we are gods when we are not.

Second, who is Eurydice anyway? His wife? Yes, in one sense, she is the most beautiful and lovely person in the world to him. But no, at a deeper level, Eurydice is Orpheus’s own soul; she is the anima to his masculine identity, the true beloved, the thing most precious in Eastern and Western spiritual traditions—the pearl of great price.

So Orpheus finds the entrance to hell and begins the long descent. All the difficulties and terrors he encounters, he defeats and charms with his poetry and song. Two remarkable things occur on the way down: First, he descends further and deeper into hell than any other Greek hero, including Herakles (also known as Hercules). The power of his music and poetry is more potent than all the physical weapons and overwhelming strength of traditional heroes. 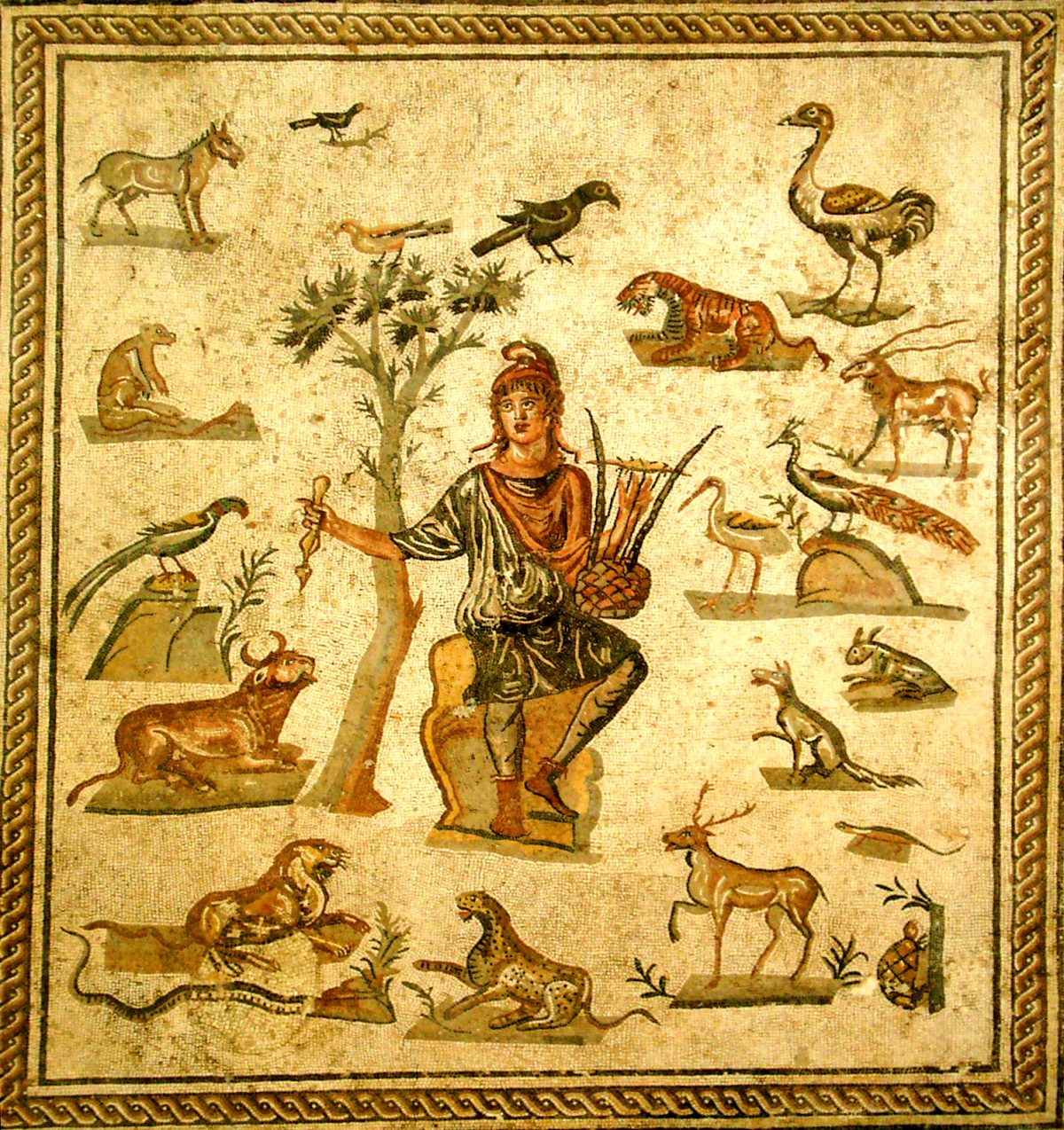 Orpheus’s music was so beautiful it could enchant the animals. Ancient Roman floor mosaic, from Palermo, now in the Regional Archeological Museum Antonio Salinas. (Public Domain)

As Ann Wroe once quoted Francis Bacon: “For as the works of wisdom surpass in dignity and power the works of strength, so the labors of Orpheus surpass the labors of Hercules.” And, as Orpheus plays, the torments of hell are suspended—even the damned stop what they are senselessly doing and their rationality begins to return. Such is the power of beauty. Everything comes alive again as the heavenly music of his lyre reconnects them to their divine, and so living, origin.

At last, he arrives in the very throne room of hell itself and stands before Hades, the king, and Persephone, the queen of the domain. And so a third, remarkable phenomenon occurs: Listening to Orpheus’s music, Hades sheds a tear (a tear pitch-black as tar) for the first and only time in Greek mythology. The music moves even Death, and Hades agrees as a reward to allow Eurydice to return to life.

Although facts and knowledge have killed his soul, Orpheus’s imagination, expressed through his singing and playing, has soared and enabled him to make a pact with Death itself, and he can return, with his soul restored. We see here the very limit of human power—a deal with a god. 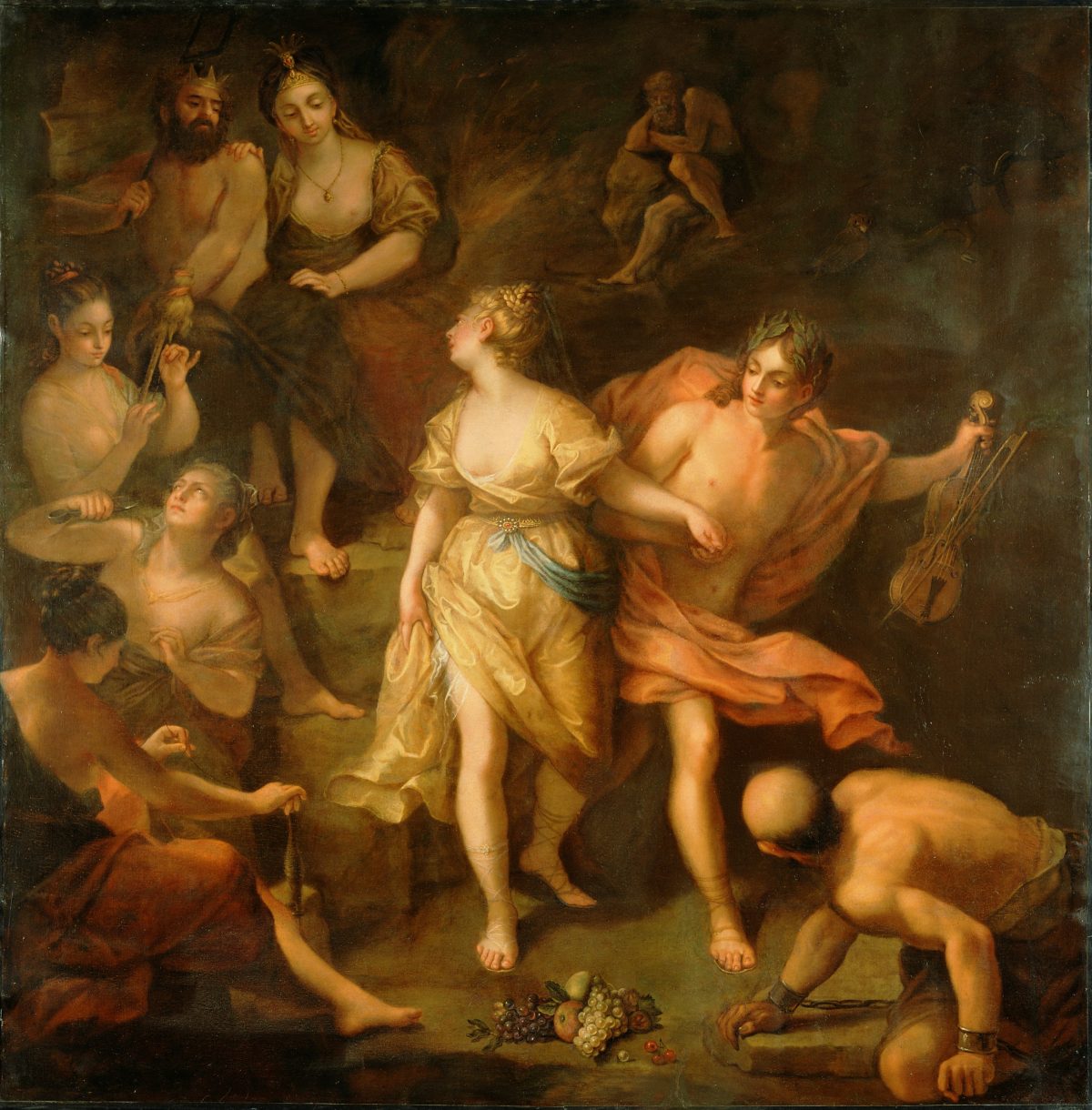 Before the throne of Hades and Persephone, Orpheus leads Eurydice away. “Orpheus and Eurydice,” by Jean Raoux. (The J. Paul Getty Museum)

The Myth That Explains Why Myths Are Important

But Hades has one condition: that Eurydice follow behind Orpheus and that he does not look back to see her until he reaches the light.

Orpheus agrees and sets off to return. Now, he has the promise of Eurydice. But to convert that into a living reality requires that, first, Orpheus believes the word of the god: Is she really following behind, or will he find he has been tricked when he reaches the surface world again? And second, that he does not look back on the soul directly in the unreal world of hell. I say “unreal” because that is how death seems to us, and hell too. But in another way, hell is more real than the world we live in now.

The world we live in now changes and passes away; we are but grass that flourishes and then is gone. But the point of the underworld is its eternal nature. There we are what we have become, forever. What could be more real than that? Indeed, as Dante’s character Capocchio, the counterfeiter, says, in Clive James’s 2013 translation of “The Inferno”: “I did well/ In life. But everything is real in Hell.”

And this is why Orpheus’s myth is the myth of myths themselves, for the condition for the return of the soul is that we do not look back. The “not looking back” easily reminds us of the story of Lot’s wife, who in looking back was turned into a pillar of salt. But in that story, the sin of the looking back seems primarily to do with the ingratitude of the wife toward the deliverance that God had provided. In some real way, we sense that the looking back for her was with a passion for the old life and without gratitude either for their escape or for the new life to come. 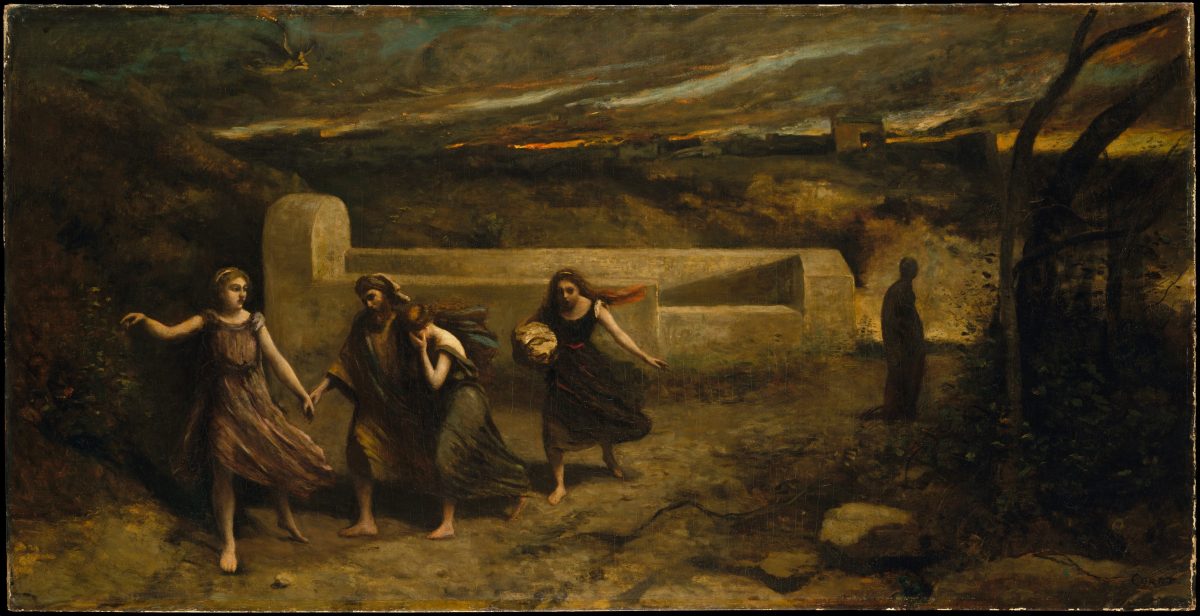 The story of looking back while escaping death, also appears in the Bible. “The Burning of Sodom” (formerly “The Destruction of Sodom”) by Camille Corot. (The Metropolitan Museum of Art)

With Orpheus, however, just as he is about to surface and enter the light, he does turn and look back. But here, I think, it is not so much the “looking back” that is the problem, but what looking back involves: namely, directly viewing Eurydice—indeed, the act of viewing. And seeking out the person as an object to view (and so objectifying) is to convert her into an object, into a fact, into a piece of knowledge: the very thing that killed Eurydice, via the snake, in the first place!

To be clear, to “objectify” is the opposite of the law of love. When we see another person as a subject like ourselves—that is to say, with a will and heart like our own—then we are not manipulating them or degrading them by assuming their reality is merely an outpost or extension of our own. This clearly is a failure that ironically counterpoints the whole purpose of his mission: He went to hell for love of Eurydice, and yet his love is proved deficient in the process. Love of what? Love of his own soul.

When the imagination (the poet/singer in us all) views anything, it does not do it directly, for that would be simply to itemize it. No, the imagination sees—comprehends as in a vision—the invisible world where every “thing” comes alive. If this seems strange, then consider how we experience it all the time, most obviously in our dreams where anything and everything comes alive, sometimes delightfully, but oftentimes frighteningly, too. 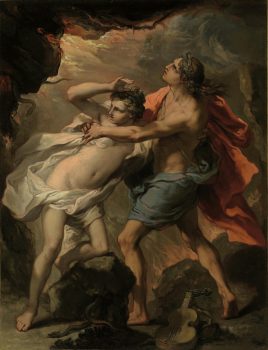 Orpheus rescues his love Eurydice from Hades, but loses her a second time. “Orpheus and Eurydice” by Gaetano Gandolfi. (Public Domain)

Thus, we cannot look directly at our own souls. To look at our own souls would be like asking our eyes to look at our eyes. That feat is impossible, except by using a mirror or shield so that we receive reflections of what reality is. We can only look at our souls indirectly. And this is exactly what myths do. They tell us indirectly the most important truths in the universe, but because they do so indirectly, we mostly miss the meaning and fail to grasp the import. So, it just becomes a story, of greater or lesser interest.

The Spiritual Message: Come Back From the Dead 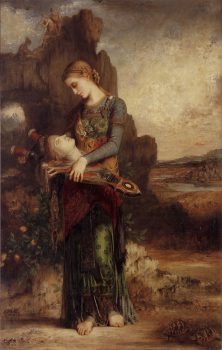 This myth, then, reveals a profound truth: Humankind is in search of its soul that was lost long ago in some aboriginal catastrophe. Interestingly, in returning without Eurydice to the surface—to the superficial—without his soul, it is only a matter of time before Orpheus is slain, torn apart and dismembered by the Thracian women. Why? Because they cannot accept in their wine-drenched revelry that a human being can grieve for the love of his life—his soul—and prefer it perpetually before the Thracians’ superficial hedonism.

This latter part of the myth is indicative of the ongoing relationship between materialists and those spiritually orientated. Materialists hate religion and spirituality not because, as they like to claim, of historical abuses in the name of religion, but because all spiritual understandings displace mankind’s ego from the center of the universe, and this—in the jargon of our times that replaces “right and wrong”—is “unacceptable.”

But in any case, without the soul, the body dies, for the soul is the immortal part. Each one of us, therefore, has to accept the challenge—to find our soul and to live not by being born, but by first having come back from the dead.

The myth of Orpheus seems to end badly, but actually we sense in it a destiny, a nobility, a grandeur, and a truth. For what is the song that we must sing in order to facilitate the descent? That is what we are searching for. Till we find it, the myth of Orpheus suggests we may live, but barely.

In this series, Myths: Mapping Our Way Home, James Sale revisits why myths—all but discounted today—remain crucial to understanding our place in the universe, if not to our very survival.

James Sale is an English businessman and the creator of Motivational Maps, which operates in 14 countries. He has authored over 40 books from major international publishers, including Macmillan, Pearson, and Routledge, on management, education, and poetry. As a poet, he won first prize in The Society of Classical Poets’ 2017 competition.